Jetlag in full effect, Elliot (waking at 4:30am), Ian (waking at 5:30am) and Kalia (waking at 8:30am) spent Day 2 recovering from jet lag while taking in a bit of the Sydney landscape (and also looking for native sea star species, to boot). The day started with a hearty breakfast on Manly’s corso,  followed by a visit to the local dive shop to find out about possible dive/snorkel sites in Fairy Bower (near the hotel). Afterwards, the team embarked on a hike across North Head, at the entrance of Sydney Harbor, home to spectacular views from the top of plunging cliffs. 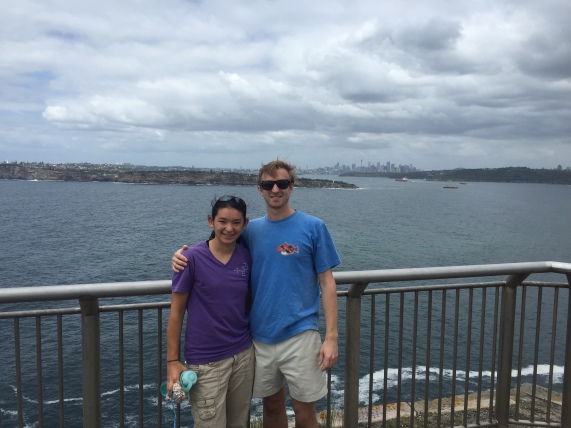 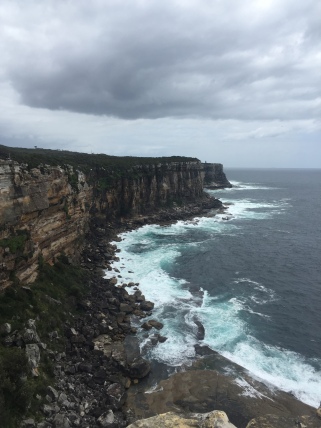 The team at North Head lookout – formerly home to a strategic military base and Quarantine Station at the mouth of Sydney Harbor.

Next, the team went in search of background information on amphipod, copepod and echinoderm diversity in Australia in Sydney’s CBD at the Australian Museum. But first there was a beautiful ride across the harbor on the ferry. 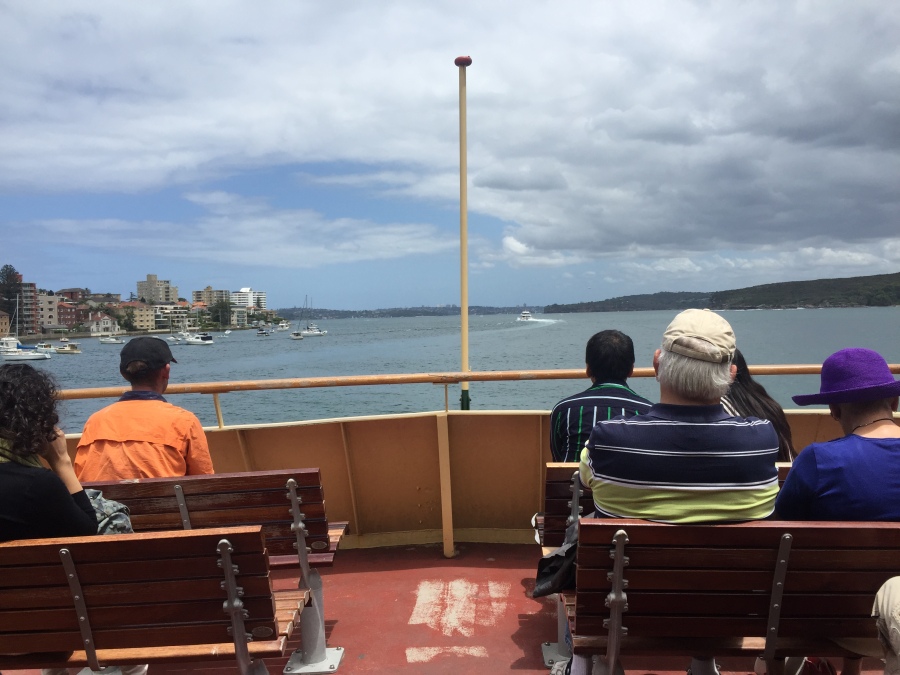 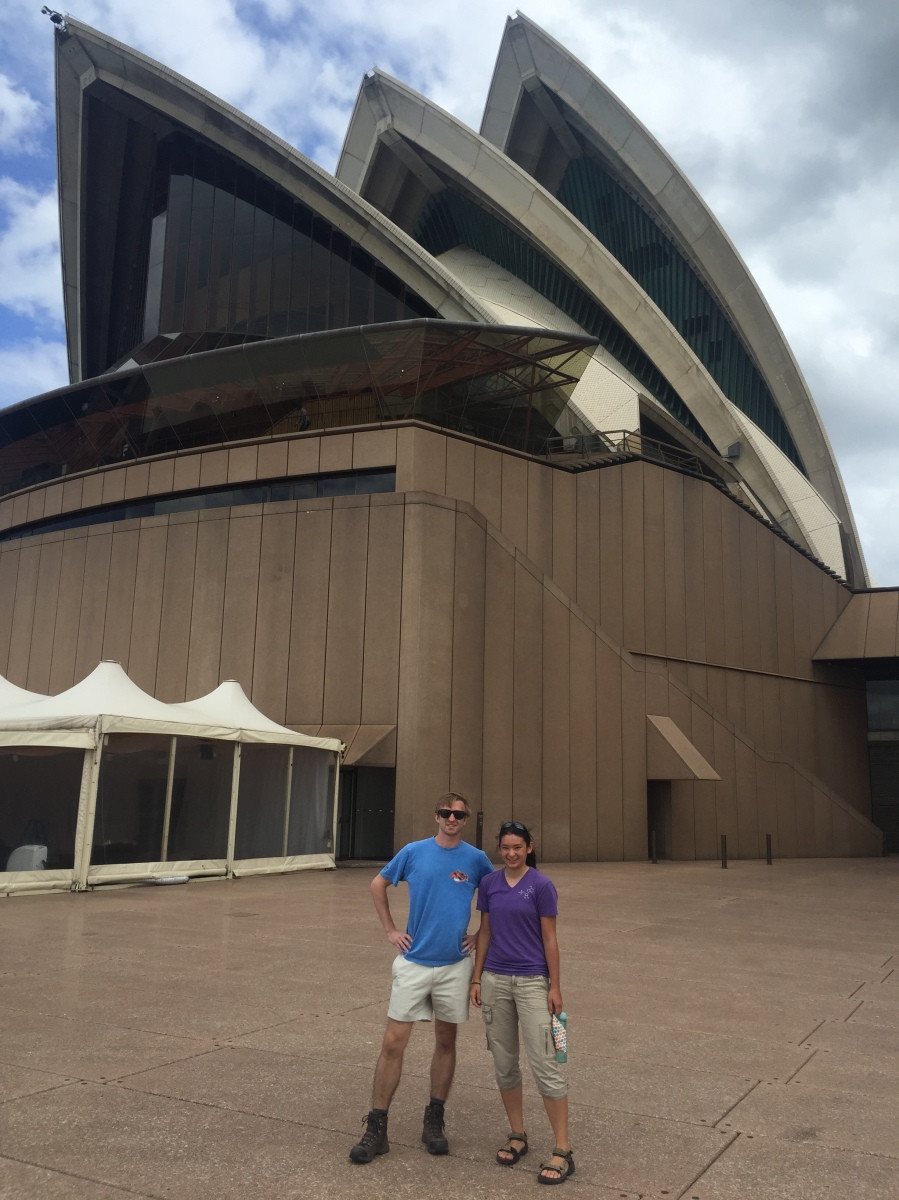 Once at the museum, the team carefully examined exhibits for sea star specimens, which were few and far between. The museum is home to a collection of over 27,000 echinoderm specimens, but few are actually on display – and the preserved specimens are not in the museum building itself. However, there were some interesting historic animals! 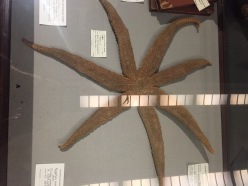 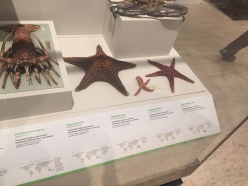 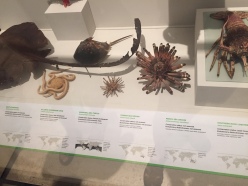 Various museum specimens and echinoids – including a six-armed Asterias sp. from NZ.

While at the museum, we were amused by the “Tree of Life” display. 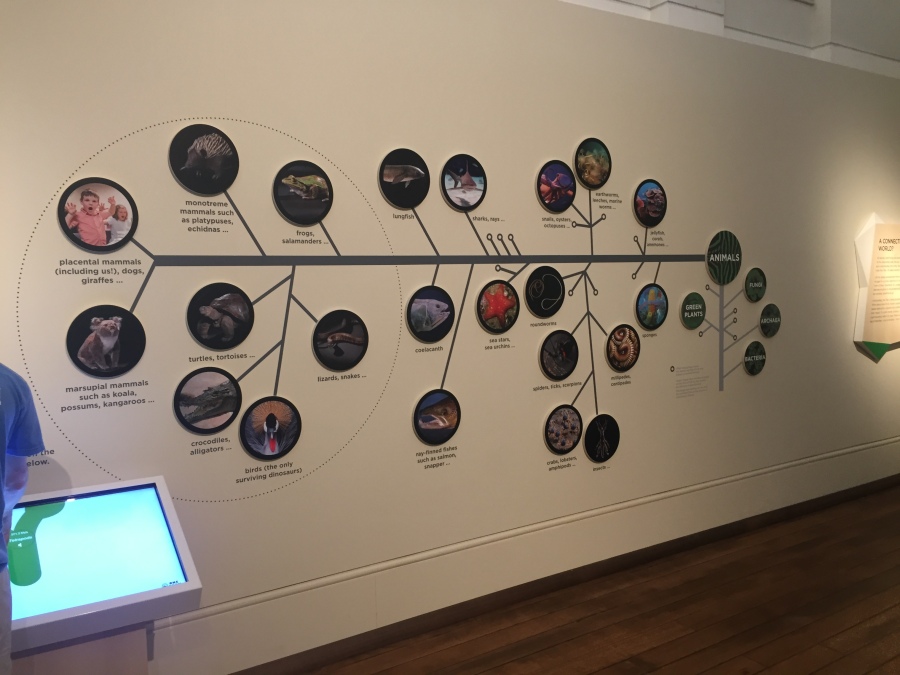 One point for getting Archaea on there (far right), but why is the long stem of animals so big compared to bacteria and archaea?!

We also looked into the Museum’s micro-crustacean display. 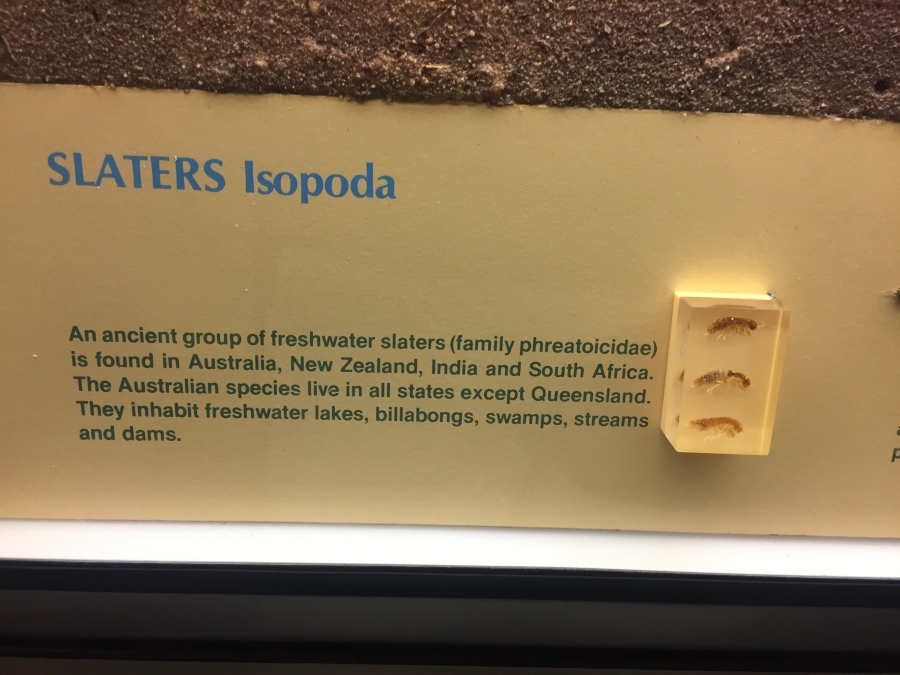 Pretty sure those things in blocks are not Isopods…

After a great visit, the team then decided to go see some real marine life at the Sydney Sea Life Center (Aquarium). Ian had visited the aquarium sometime in the early 90s, but since then it has grown into a massive facility with some amazing displays. We went hunting for sea stars but didn’t see too many until almost the last exhibit and touch tank on coral reef organisms… 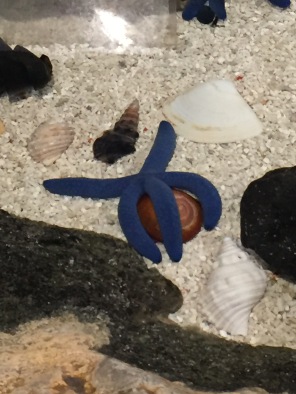 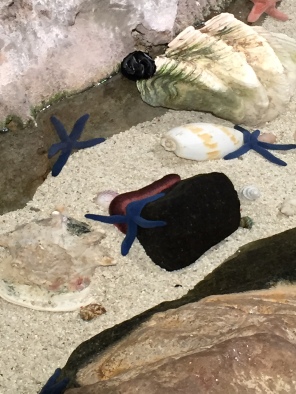 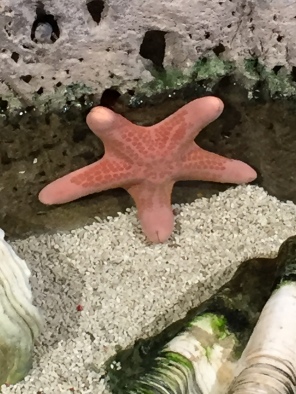 Linckia and another sea star species, along with a holothurian in the touch tank. 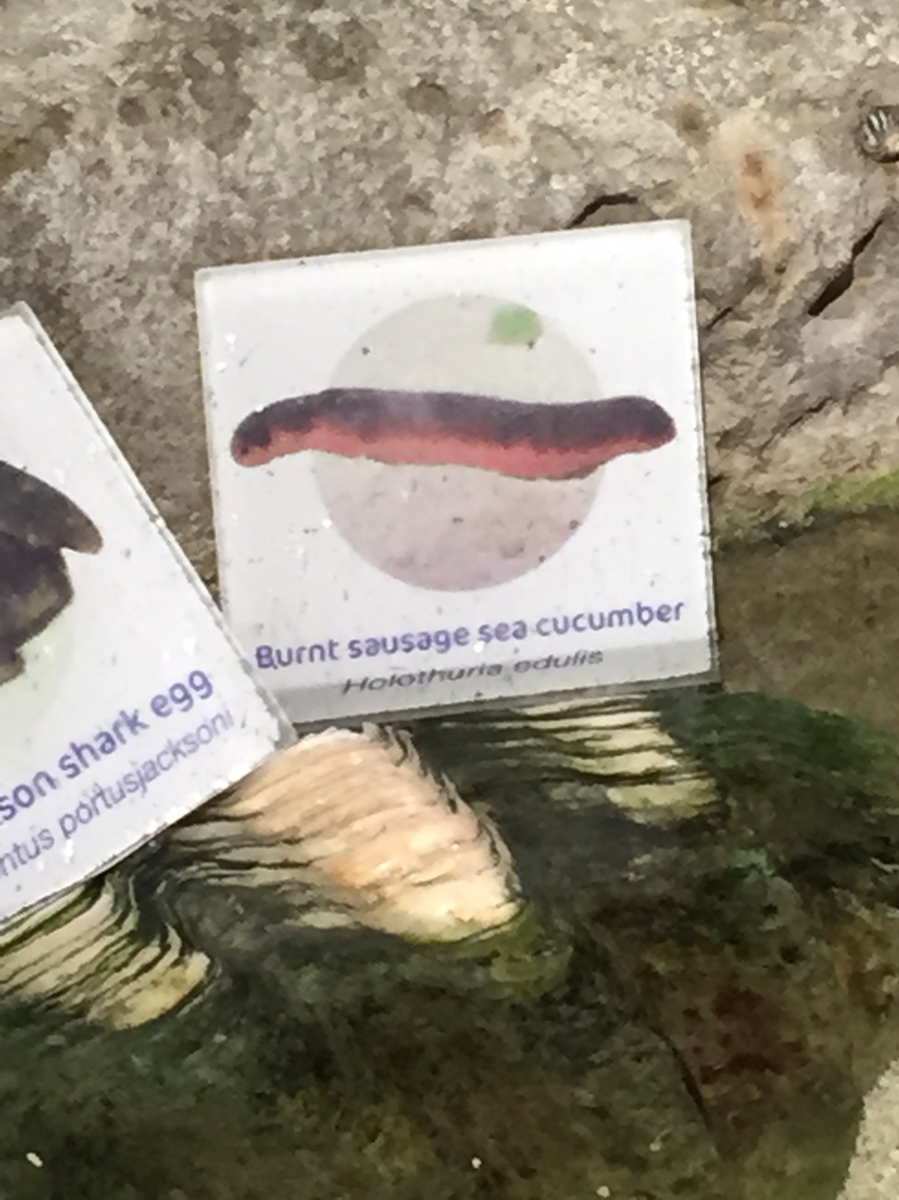 Best common name for an echinoderm ever… 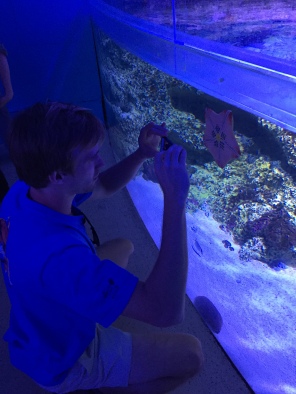 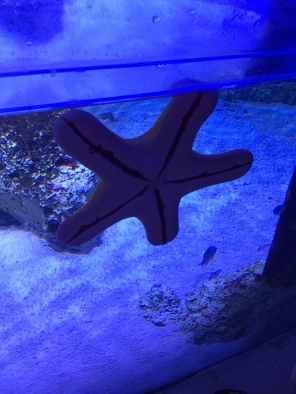 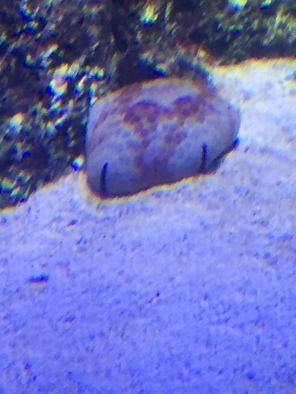 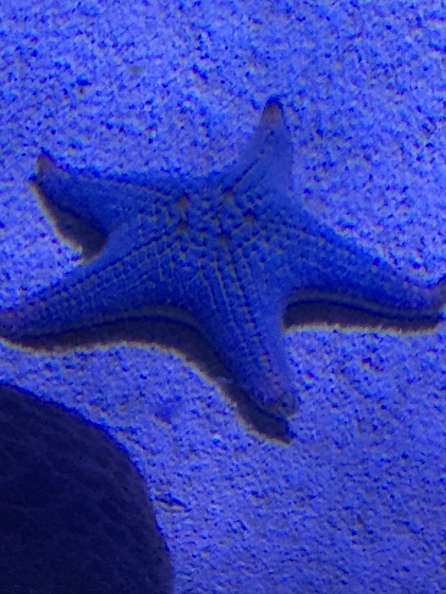 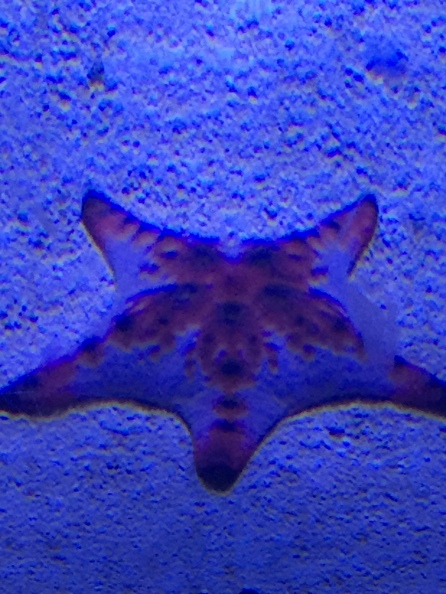 Several giant (> 30cm diameter) sea stars in the aquarium’s coral tank. I don’t even recognize some of these, and some I can’t even place phylogenetically!

After a long day of pounding the pavement, the team headed home to Manly, but not before yet another amazing view from the ferry. 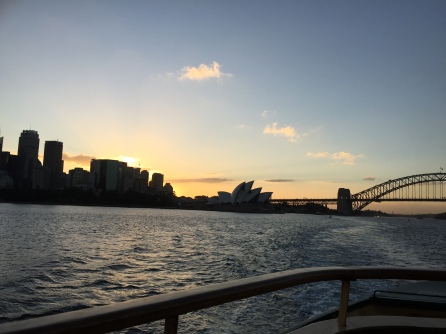 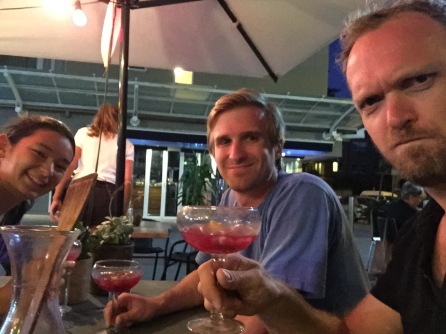 View from the ferry on the way home – and the team enjoying some mexican fruit juice at a restaurant over dinner.

Another early night tonight, then tomorrow meeting with folks at UTS and a seminar before snorkeling adventures in North Sydney…