After a quick trip on the “Tilt train” from Cooroy to Gladstone, Ian, Kalia, Elliot and honorary team member Ian’s Mum took the 2 1/2 hr fast cat ride to the beautiful Heron Island. Ian had been to Heron numerous times in the past 20 years; first on undergraduate field trips and a research trip in 1997 – 2000, then as a graduate student in 2002, and finally as a postdoc in 2006. Returning to Heron with graduate students of his own definitely made him feel old! 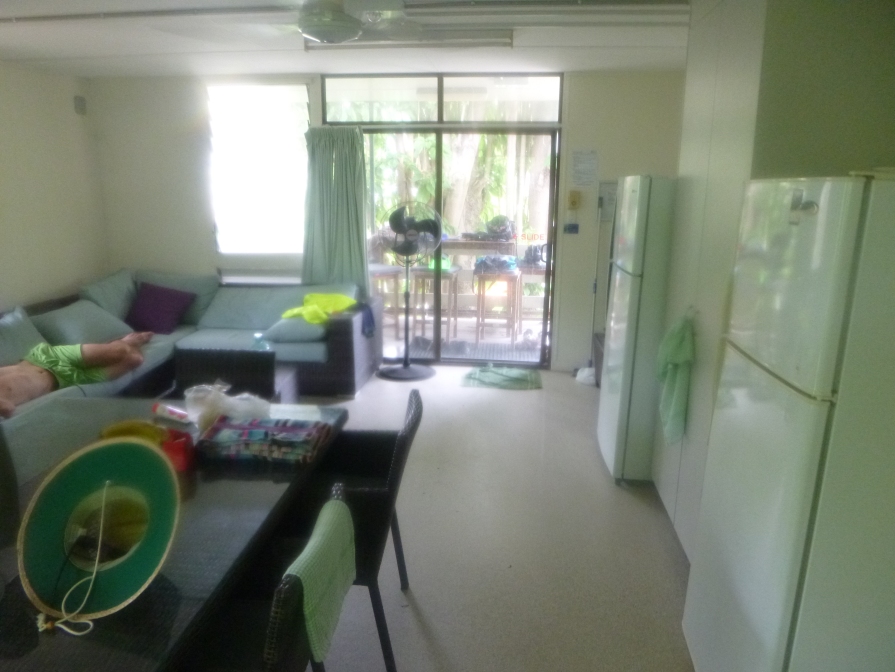 Some of the amazing facilities of the ‘new’ Heron Island Research Station (top) and the Shearwater House (old Director’s House) (bottom).

Upon arrival at the island, after a brief and relaxed safety induction by Scientific Officer Lochie, and meeting up with long-time staff member Maureen Roberts, the team got comfy at the almost completely rebuilt research station facilities. The station had been recently renovated in the early 00s prior to a fire which basically burnt down almost all of the refurbished buildings – and was again completely rebuilt by 2009. Really impressive facilities now for both the anticipated Cornell-UQ field course, as well as for microbiological/marine disease research! 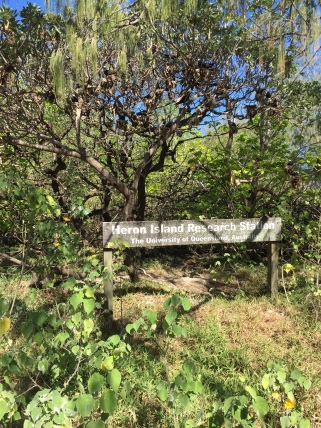 Front and back entrance to the field station

The following morning, the team went out on the low tide (6:00am) to sample some echinoderms and amphipods. Remembering the ecology as it was, Ian anticipated that the reef would be totally covered in some common sea stars, like Linckia laevigata. But after searching around for over an hour, it became clear that there had been some major changes in the past 20 years. There were almost no sea stars, no urchins, but loads of holothurians on the reef flat. 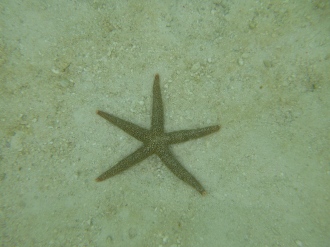 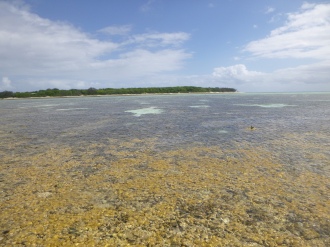 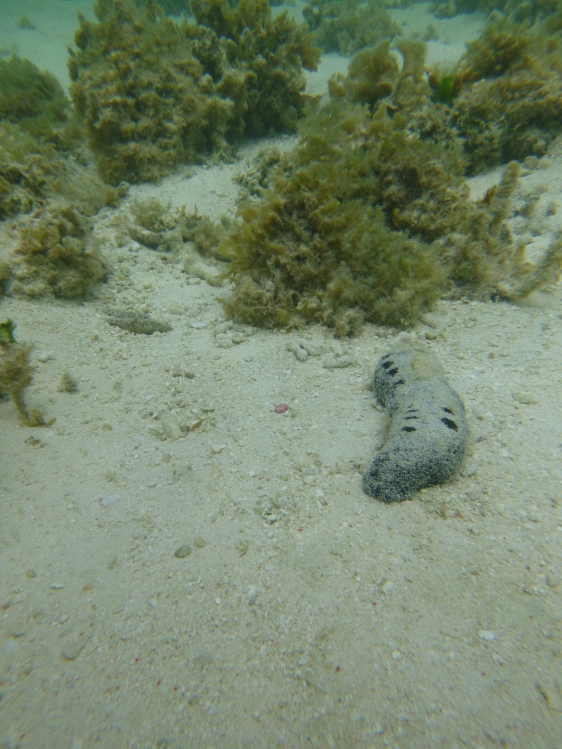 Some of the ‘common’ echinoderms on the reef – top left is Linckia laevigata, under that an Ophidiaster sp., and to the right Holothuria atra.

By the end of the first reef walk, the team had collected only 2 Linckia, but had managed to collect some ‘algal shakes’ – which are used to dislodge meiofauna. Back in the lab, the group set about analyzing these and found an astonishing diversity of amphipod morphologies! 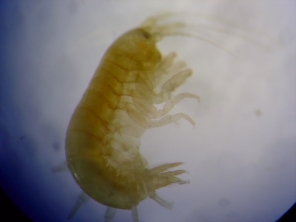 Amphipods shaken off of macro algae from the reef flat.

Later in the day, the group went snorkeling to see if we could find more echinoderms. As there were high tides at midday, snorkeling was the best way to get out and see the sights.

Not a bad snorkel sight… 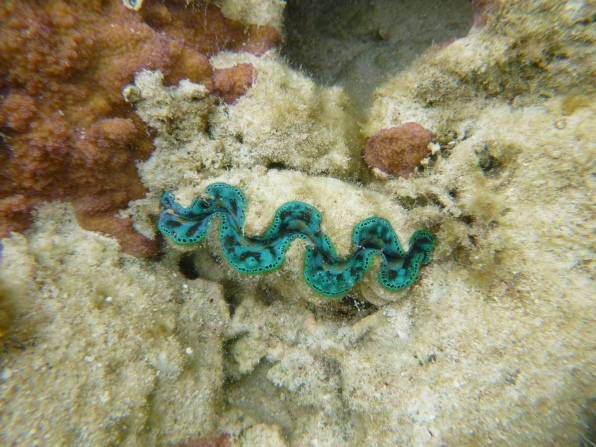 Some of the sights of the reef…

That evening, the team were introduced to the wide array of birds on the island who basically are there to keep you up all night. The most common are Noddy Terns, which build nests in the trees above. They are also easy prey for Pisonia (tree) seeds which get stuck in their primaries and kill the birds – delivering vital nutrients to the island itself. Shearwaters (mutton birds) come in at night and call with the sound of dying children. Herons (egrets actually) wander around the reef, picking off chicks. 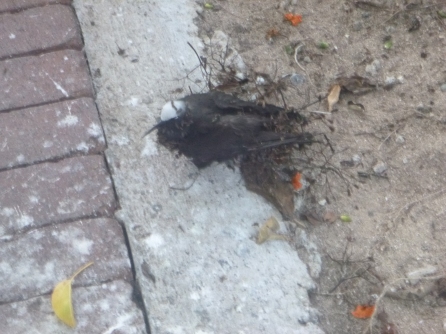 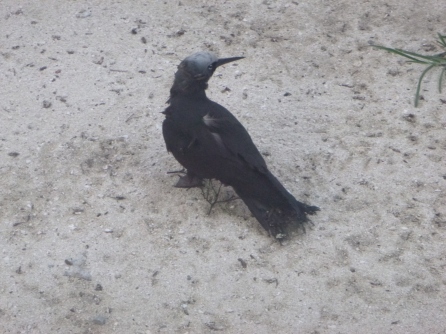 The bottom two are goners…

Day 15 broke with submarine activities: Kalia and Elliot took off for a non-scientific, recreational dive (note, non-scientific – no science was performed whatsoever…) while Ian and his mum went for a glass bottom boat ride. Out in the non-science zone, Kalia and Elliot saw several feather stars (Cenolia sp.), and Ian saw one crown of thorns (Acanthaster plank). However, our permits did not cover collections in the areas we went, so it was just observation recreationally!

Busy morning at the jetty – Elliot and Kalia went out diving, Ian and his mum went on a glass bottom boat ride.

In the afternoon, the group again went snorkeling to find more sea stars, with some success: we found another couple of Linckia and also sampled Holothuria atra.

As the trip progressed, we realized we were nowhere near obtaining all the specimens we’d set out to find, so the following morning (Day 16) resolved to walk on the reef for as long as possible during the low tide (at 9am). Hence, we forged ahead and covered pretty much the entire Scientific Collecting Zone in 5 hrs on the reef – heading out when the water was still falling and coming back to HIRS when the water was waist high. Our efforts paid off – we not only found another 3 sea stars, and our quota of holothurians, but also recovered excellent samples of amphipods and copepods to boot. 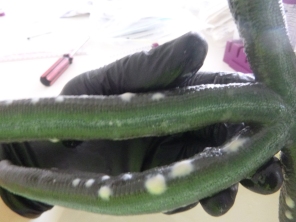 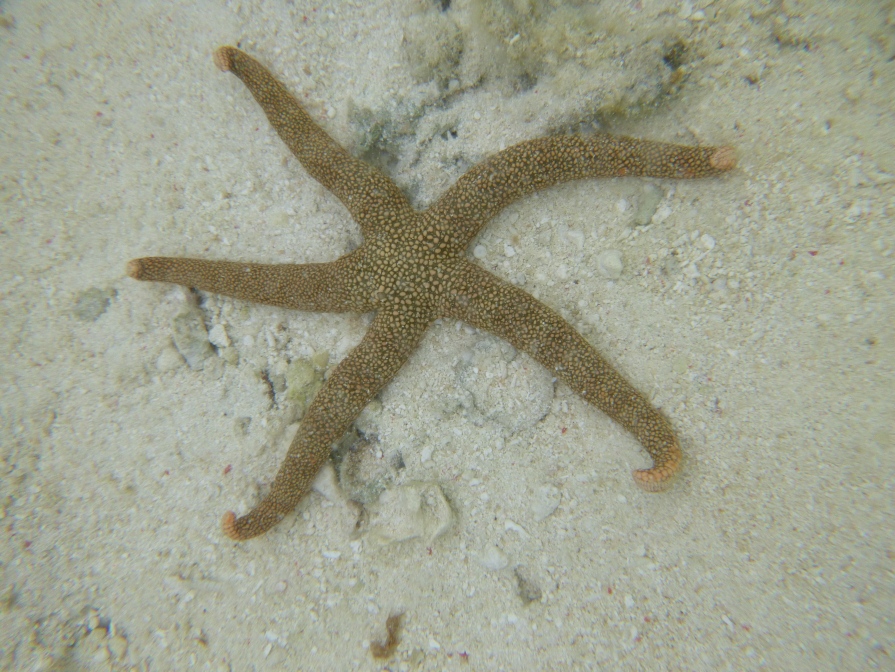 The team packed that afternoon in anticipation of an early start the following day. There is so much planning and paperwork that goes into this type of expedition – and even shipping samples out of Australia is a bit of a headache without a lot of advance planning.

The following morning (Day 18), the team boarded the cat back to Gladstone, hopped on a plane to Brisbane, where they caught the latest Star Wars film (!!!!!!) prior to hitting the hay.

The morning of Day 19 saw Ian, Kalia and Elliot work with Dana Burfiend (UQ) to pack up the samples we’d taken at Heron into our dry shipper. But not before a spectacular disposal of liquid N2 at an undisclosed location in 95 degree heat! 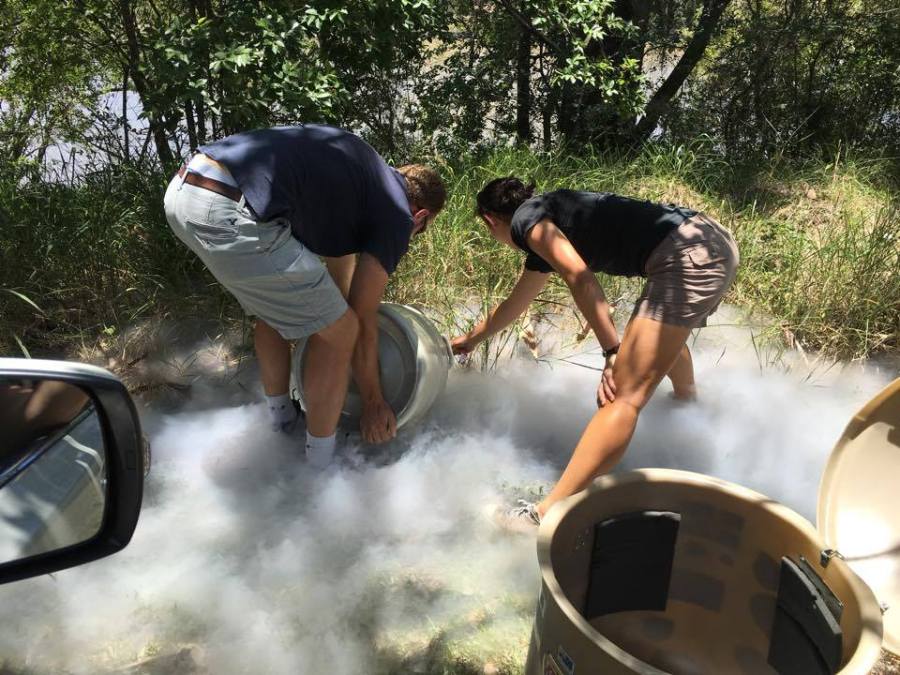 This doesn’t look suspicious at all, does it?

The dry shipper was delivered to Fedex at Brisbane airport, and is currently on its way to the US (via Sydney, Guangzhou, Tokyo, Alaska, Memphis and Syracuse, apparently). Fingers crossed it gets in on time.

After saying farewell, the team broke up to our own destinations. Ian headed to Noosa for the holidays with his family. Kalia was bound for Portland. Elliot is bound for New Zealand for a week of fun. The team will reunite in Seattle in only 2 weeks for a research cruise. But for the Australia Expedition, it’s a wrap!!