Its hard to believe I’ve been in Wellington for over 2 weeks now, but as they say, time flies! And how it has flown in the tremendous winds in Wellington – the city is well known for being NZ’s windiest city. 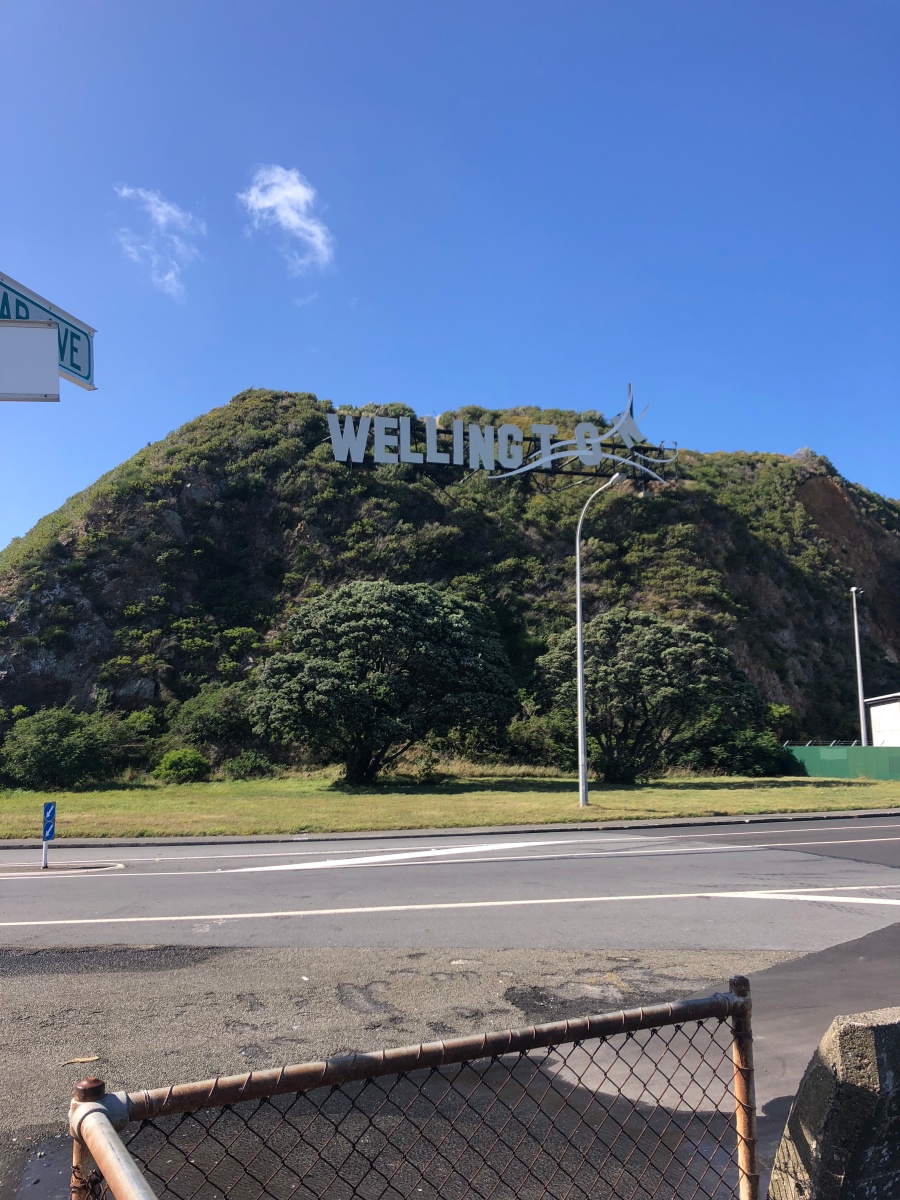 Not far from our house is the Wellington Airport runway… and boy is this fun to watch on a super windy day! The Wellywood (Hollywood-esque) sign is entirely appropriate.

While here, I’m working at Victoria University of Wellington, which has two campuses: One in the city (Kelburn), and one along the coast about 10 km away. The School of Biological Scenes is located in the Te Toki a Rata buildinh, which is absolutely brand new – opening in November 2017. It was built primarily because the 2016 Kaikoura Earthquake revealed that existing biological sciences buildings – which had been built in the early 1900s – were not seismically stable, so instead they built a new (and very impressive) structure which can withstand the stresses of an active fault line. I’ve set up an office in the building in which I’ve been working on paper revisions (stay tuned… a big paper about sea star wasting was just accepted… and I have another paper on RNA viruses in second review), putting together plans for summer sampling, and some other office-oriented projects.

In between office work, I’ve managed to have a look at some local sea star populations for signs of wasting disease. Whereas in Auckland there were several species of sea star – there was also a variety of habitats with lots of mussels and food – down in Wellington the story is almost exclusively about Patiriella regularis. This little star is everywhere and comes in a variety of color morphs and shapes. To the south of Wellington is the Taputeranga Marine Reserve, where all collecting is not permitted, but immediately around this area are regions where anyone can collect sea life (gathering kaimoana (food from the sea) is very important to Māori and all New Zealanders). A quick survey of sea stars outside of and within the marine reserve showed that not only were starfish more abundant, but they were also generally larger within the reserve than outside! 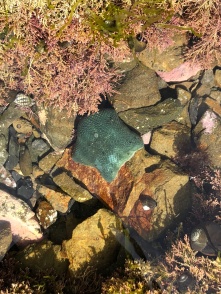 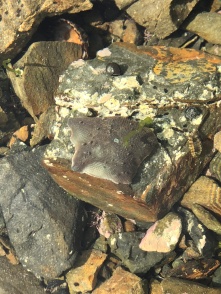 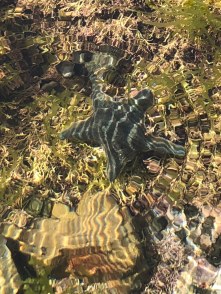 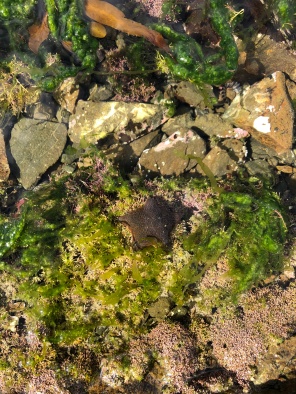 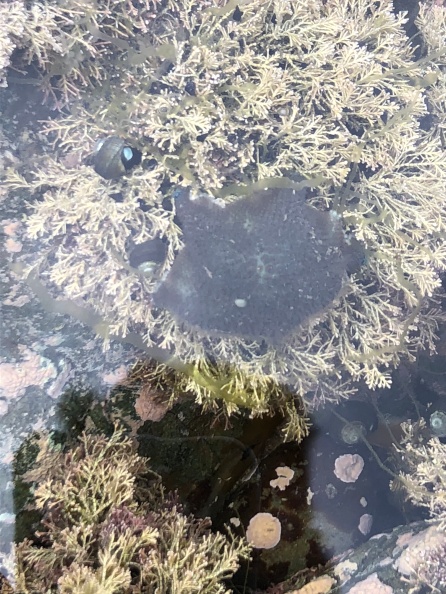 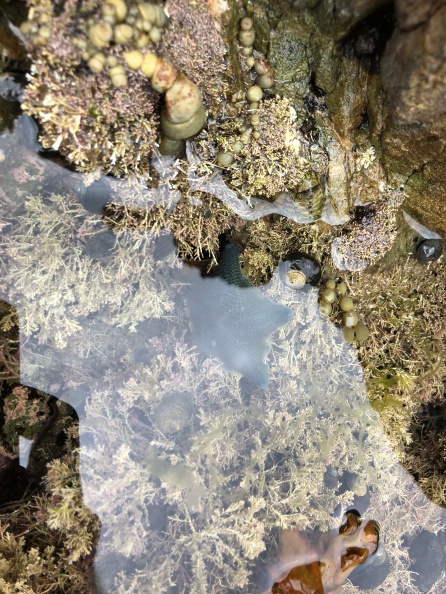 So many color morphs! 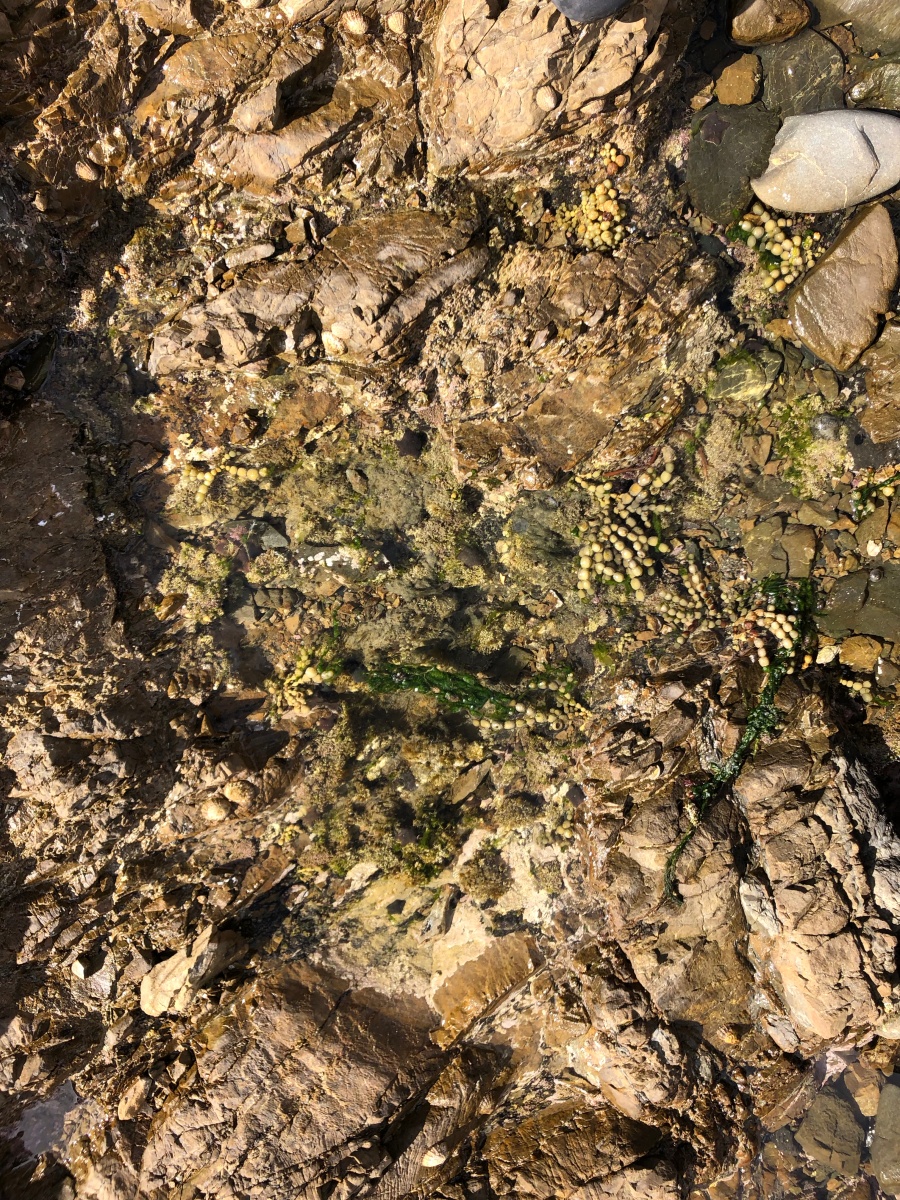 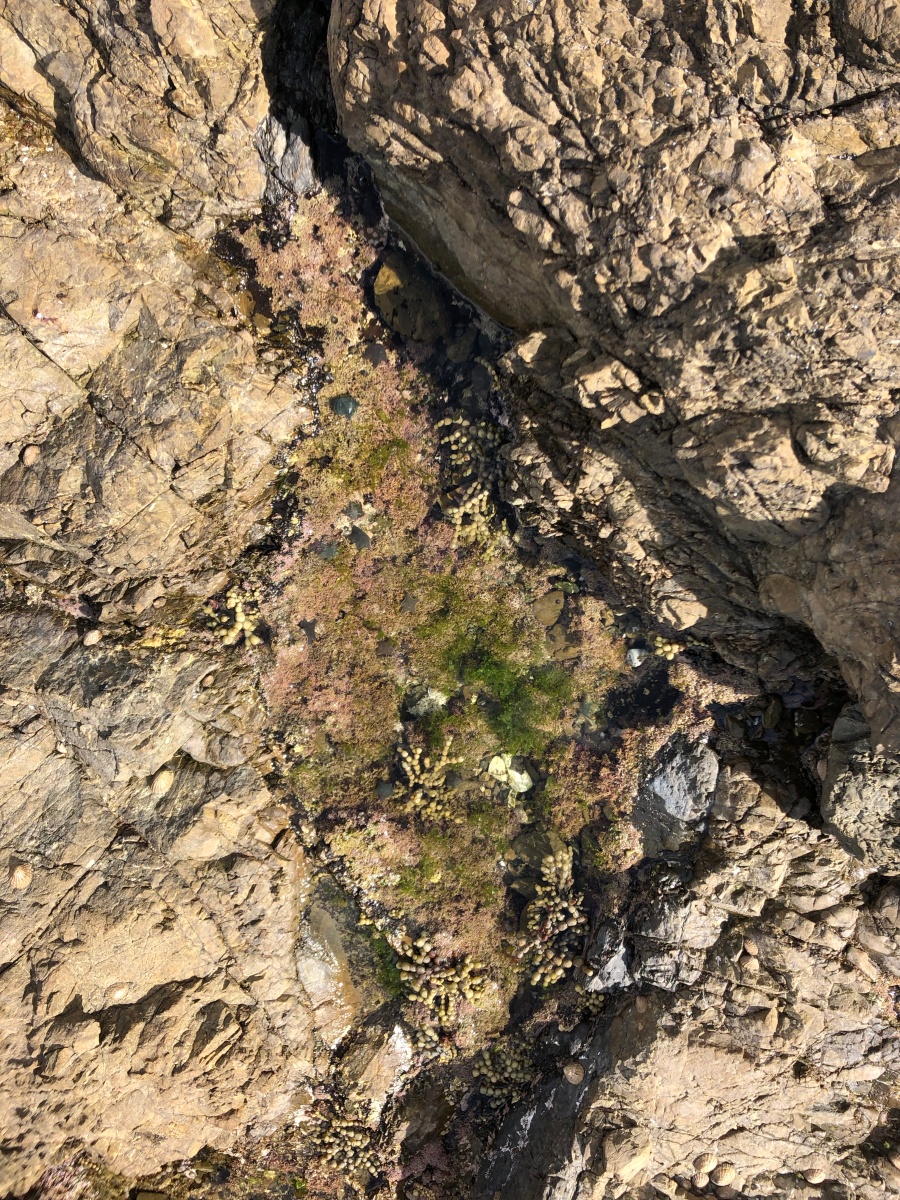 Let’s play: How many Patiriella can you see in this image?

The weather has been (aside from the wind) unusually nice – except for Tuesday of last week when Tropical Cyclone Gita (or its remains) touched down and brought with it 4″ of rain and high winds. I decided to survey the west coast after the storm at Makara Beach, which is about 40 mins outside of Wellington. I’ve never seen so much kelp wrack on a beach – and so many ophiuroids washed up. 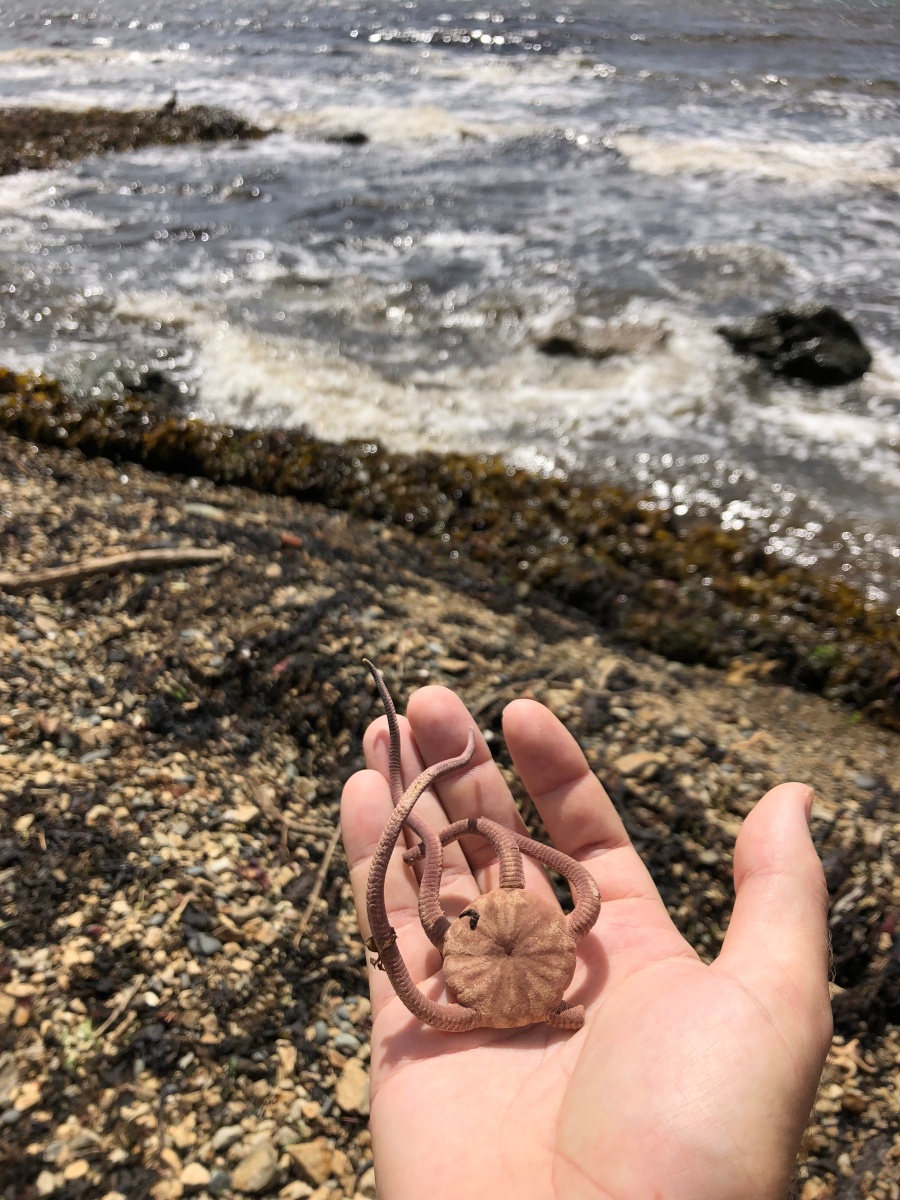 So in my last week in Wellington, I’ll be meeting with folks at the Coastal Ecology Lab, and meeting with scientists at the Ministry of Primary Industries (MPI), which in NZ is the government organ charged with protecting marine resources. I’ll be discussing with them plans for ‘if and when’ sea star wasting comes to NZ – what to do, what information to collect, and our current understanding of SSWD.